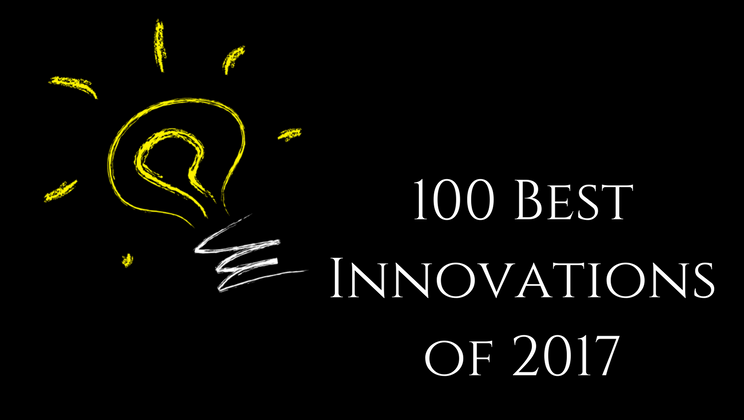 Beyond the rash of bad news coming out of Washington, there’s been a flood of amazing innovations that should give you hope for humankind.

Popular Science has released their annual list of laudable achievements in a variety of fields to provide you enough good news to last at least a week.

Which do you think will change your life for the better?

Managing epileptic seizures requires info on when and how often they occur. That’s hard to acquire because 85 percent of seizures happen at night and the patient must remember the rest. SPEAC is the first non-EEG seizure monitor. It adheres to a person’s bicep and detects changes in muscle activation, which an algorithm analyzes to indicate an episode. The user’s doctor reviews the data and tweaks treatment.

A breakthrough for a rare illness—Brineura

Batten disease is one of a group of rare genetic disorders in which defective enzymes in the brain cause severely impaired neurological functioning. Replacement enzymes had been too big to cross through the brain’s protective membrane. With Brineura, surgeons bypass that hurdle by inserting a port into a child’s head and infusing the enzyme. The technique may be used to treat many similar disorders

Is little Janey asleep? Does Baby Alfred need more Cheerios to dump all over the floor? These are questions parents could answer without risking wrecks thanks to a new interior camera system available on Honda’s Odyssey minivan. A ceiling-mounted wide-angle lens beams the backseat action to the front’s touchscreen. Grownups can even zoom in on any of the five seats if they suspect an occupant of being a real jerk.

A power pack for any gadget—Pro 20 bundle

This 20,000 mAh power bank has two USB ports, a standard wall socket, selectable voltage, and 11 internal temperature sensors to prevent overheating and significantly decrease the odds that you’ll fry your devices while juicing up. The direct DC port feature charges most mainstream laptops and bigger gadgets like DSLRs or drones with increased power efficiency. You can monitor its vitals on its OLED display.