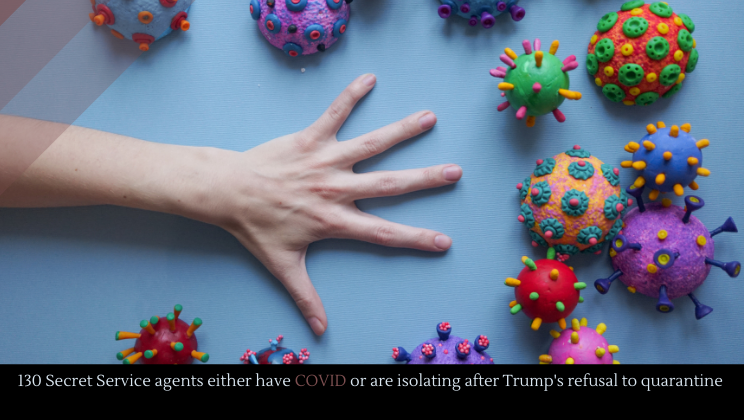 A whopping 130 Secret Service agents are either COVID positive or quarantining after Trump refused to quarantine (and took a victory lap from the hospital where he was recovering from COVID).