3 celebrities who are so awesome they’ll blow your mind 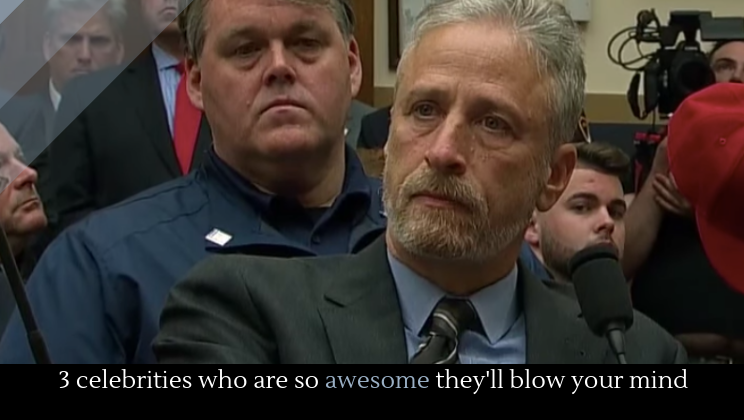 We need to start with The Man himself: Keanu Reeves. There’s been a whole subreddit devoted to him for awhile, but now the rest of the world is waking up to his awesomeness. That’s why this Octavia Spencer story is back making the rounds:

The next video takes a bit of a darker turn. Eighteen years after 9/11, first responders are ailing and dying from exposure to everything in the falling towers and Congress is doing nothing about it. Jon Stewart has had enough. I strongly encourage you to watch all ten minutes of him reading the riot act to Congress:

The final story isn’t a video, and it’s not about a single celebrity. Instead, it’s about the band Radiohead. Someone stole minidisks containing unreleased music from the OK Computer album––it’s not clear if the person stole or hacked––and threatened to release the music unless the band paid them $150,000. Radiohead, being Radiohead, just released the music for free. You can stream the music for the next few weeks for free, or you can buy it on bandcamp––the proceeds of which will go to a non-profit that fights human-caused extinction.