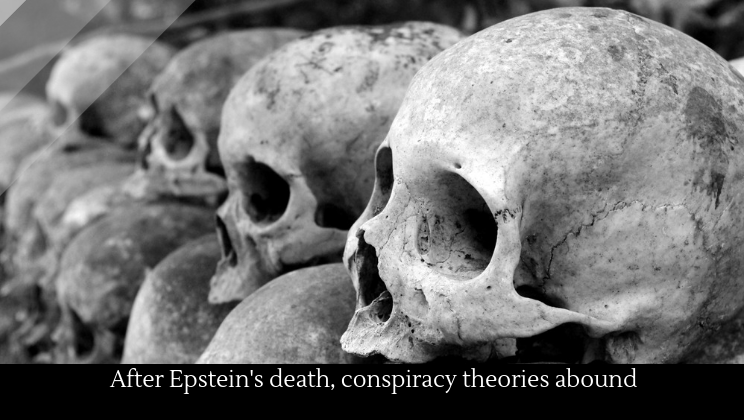 The conspiracy theories began almost immediately after Epstein’s death. Denizens of the internet (particularly Twitter and Reddit) were of one mind about the suicide: that it was orchestrated to keep Epstein from publicly implicating powerful people involved in his alleged sex-ring.

Last week, William Barr announced that he is opening an investigation into Epstein’s death. The guards who were supposed to be watching him were, allegedly, asleep. The prison where Epstein was held was also, allegedly, nearly “suicide proof.”

What exactly is the conspiracy? Well, that depends who you ask. If you ask the extreme right, the Clintons had Epstein killed, just another body added to their already substantial count. If you ask the extreme left, it was Trump’s people. Both extremes agree, however, that Epstein was killed to protect powerful people. The conspiracy has spread beyond the extreme left and right, though––even some in the middle think that he was killed to protect the powerful.

But slow down before you jump on the conspiracy train, take a look at this CNN piece, which points out that experts confirm that the autopsy evidence paper is actually consistent with suicide.