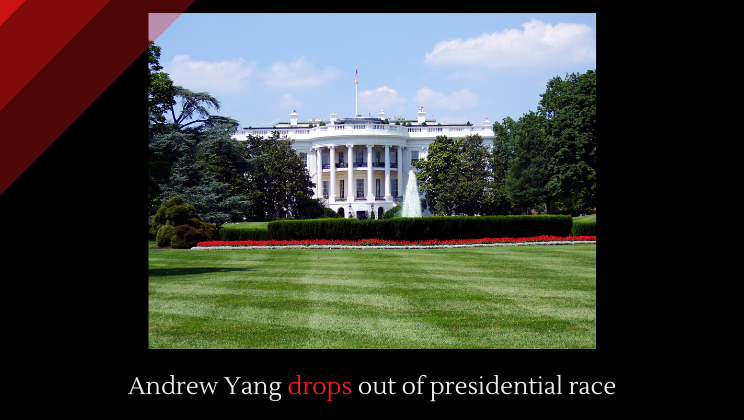 Andrew Yang has ended his presidential bid, predicting that he will not be a contender for delegates in the upcoming primaries. He said he would be open to serving on a cabinet or as a running mate, though he has not yet endorsed another candidate.

The race as changed dramatically since the fiasco in Iowa, where Pete Buttigieg won a narrow victory over Bernie Sanders. Early results in New Hampshire show Bernie Sanders in the lead in that state.

Sanders has steadily been gaining steam, despite major news networks (cough MSNBC cough) disparaging him. Twenty-six percent of voters, according to a recent poll, say that they think Bernie Sanders is the most honest presidential candidate. The next highest––by a wide margin––was Joe Biden, at 17%. Warren was third at 14%, while the remaining contenders all had single digit numbers.