Attorney General Barr not quarantining despite exposure to COVID 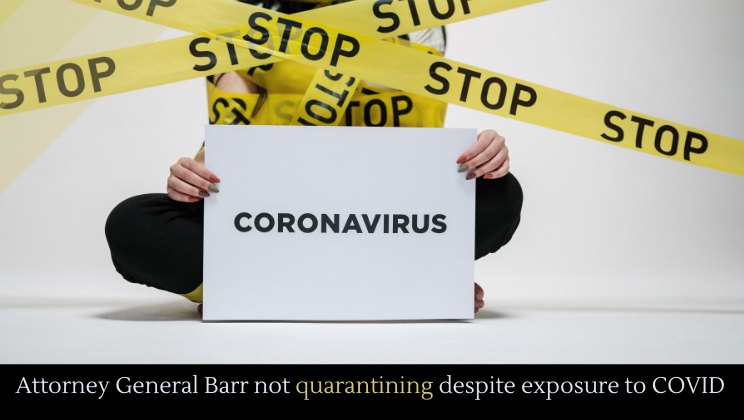 Attorney General Barr is, inexplicably, not going into quarantine despite being in close proximity to several members of Trump’s inner circle who have contracted the COVID.