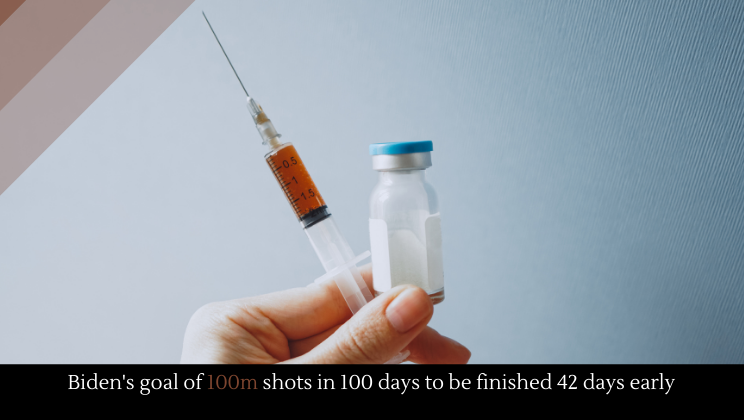 Biden’s ambitious goal of 100 million vaccine doses administered by his first 100 days in office is set to be accomplished 42 days ahead of schedule.

COVID deaths have fallen 22% from last week, while the number of vaccines have increased to a record-breaking 2.4 million shots a day.