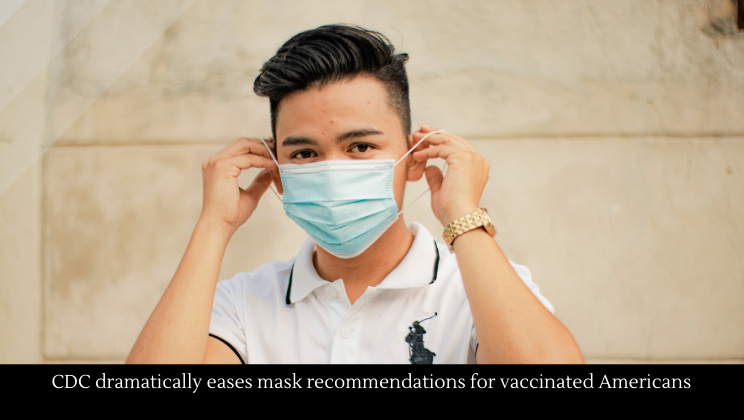 The CDC has dramatically eased it masking recommendations for vaccinated Americans, no longer recommending that masks be worn outdoors or indoors (with some exceptions like hospitals and nursing homes).