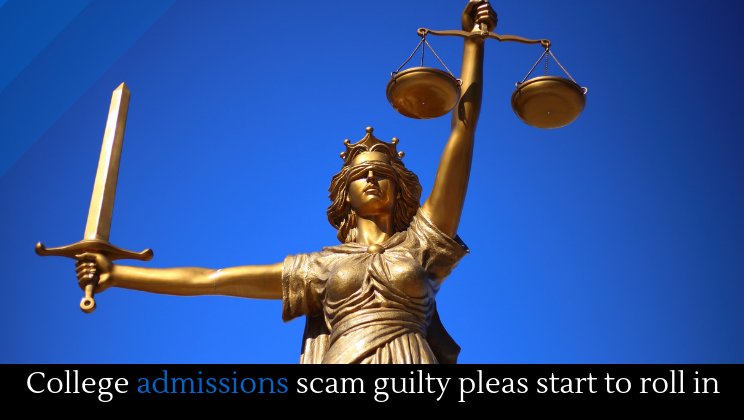 Two high-profile participants in the massive college admissions cheating scandal have pled guilty: Laura Janke, USC’s assistant soccer coach, and Felicity Huffman. Janke admitted to working with Rick Singer, the man who orchestrated the scandal. Huffman admitted to pay $15,000 for having her daughter’s SAT corrected in secret. Huffman allegedly cried while she admitted to scheming to defraud college admissions into letting her child in, while literally thousands of others worked hard and sacrificed to give their kids or themselves a chance. Forgive us if we don’t have much sympathy.

Lori Loughlin, meanwhile, is watching Huffman’s case carefully. A source told People Magazine, “Her big worry was that she would be treated unfairly as one of the more famous people involved in the case. She’s afraid of being penalized for her fame, but it looks like prosecutors may be making a good faith effort to treat each defendant fairly.”

Let us lead the charge in assuring Loughlin that she is not, in fact, famous enough to matter, and that any punishment she gets she very much deserves.

William Singer, owner of college admissions companies Key Worldwide Foundation and Edge College & Career Network, the alleged ringleader of the scam, has pled guilty to accepting bribes totaling $25 million. The scam worked like this: parents would pay Singer, and Singer would in turn render their child’s application much more likely to be accepted. He had people take admissions tests for students, ensuring perfect scores. He would get the students labeled disabled in some way. He would fake athletic credentials and bribe coaches (as was the case with Yale soccer coach who accepted a $400,000 bribe to let a non-soccer player in as an “athlete”). Bribes were often disguised as charitable donations, Aunt Becky from Full House (Lori Loughlin), for example, “agreed to pay bribes totaling $500,000 in exchange for having their two daughters designated as recruits to the USC crew team — despite the fact that they did not participate in crew — thereby facilitating their admission to USC.”