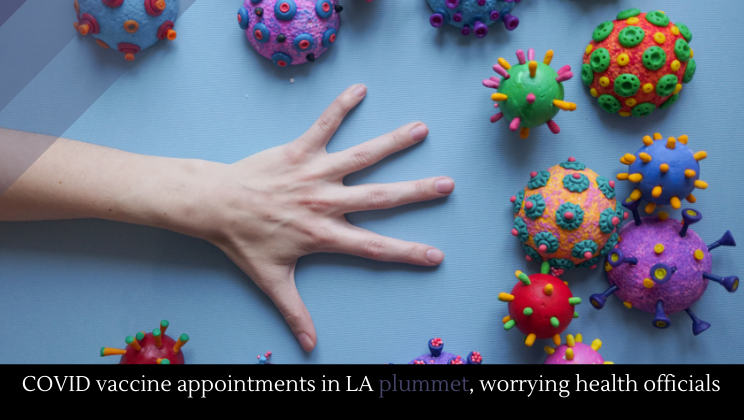 Appointments for the first COVID shot have plummeted by about 50% in Los Angeles, worrying public health officials in a state thrashed by the virus.