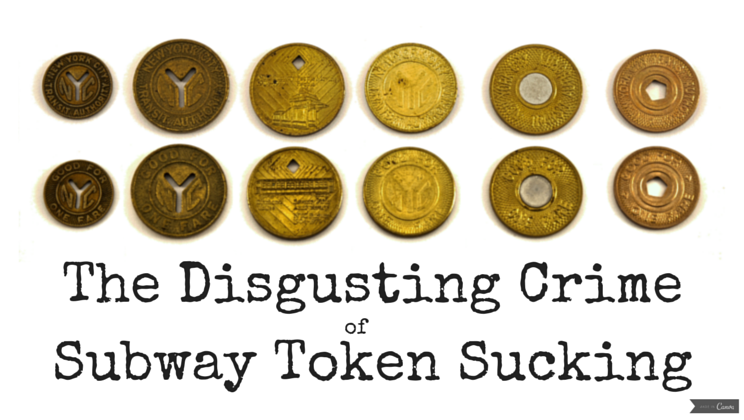 If Dante had been an almost-modern New Yorker with a beef against germaphobes, you can bet what their circle of hell would have involved: subway token sucking.

Before MetroCards made their debut in New York City in 2003, the city used tokens and, as is the habit of criminals or the criminally desperate, ways were found to jack the system.

The criminal carefully jams the token slot with a matchbook or a gum wrapper and waits for a would-be rider to plunk a token down. The token plunker bangs against the locked turnstile and walks away in frustration. Then from the shadows, the token sucker appears like a vampire, quickly sealing his lips over the token slot, inhaling powerfully and producing his prize: a $1.50 token, hard earned and obviously badly needed.” Even among officers who had seen it all, it was widely considered the most disgusting nonviolent crime ever to visit the subway. ”These guys had a lot of various diseases,” he said. ”You name it, they had it. You don’t last too long in that line of work.”

Think of the hands, think of the germs, think about getting all that in your mouth.