Dog wants food so bad he learns the power of speech 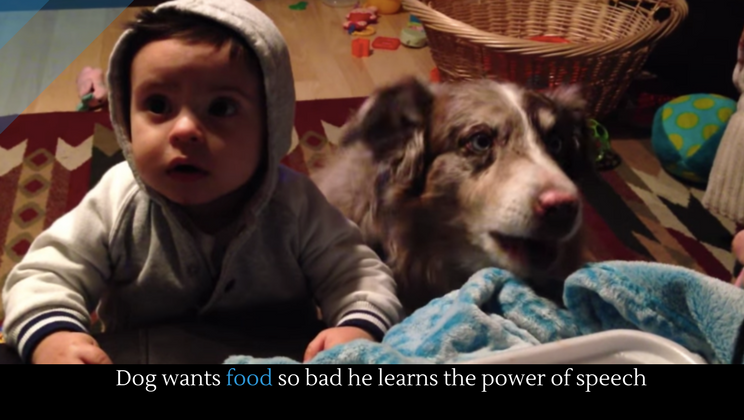 Have you ever been so hungry that you felt like you could gain superhuman powers? Like maybe you could punch through a wall if there were a turkey on the other side, or pick up a car to get to a pizza underneath? Do you think that dogs can et so hungry that they feel like they could gain superdog powers? Well, this dog might have just broken some serious limits of doggie intelligence. He wanted this food so badly that he learned to say “mama,” which the woman feeding her kid was trying to get her kid to learn.