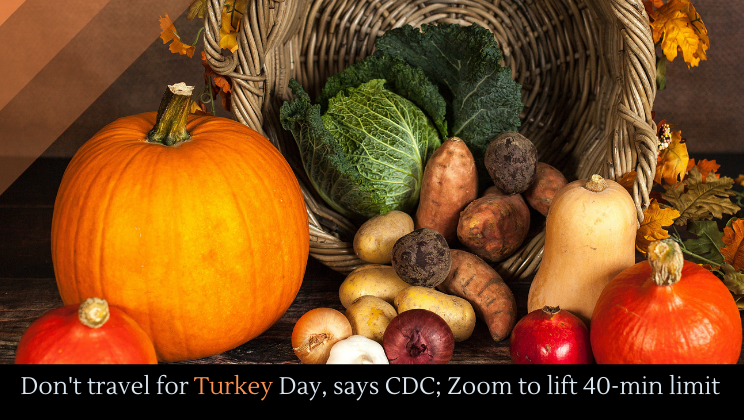 The second surge of the coronavirus could not have come at a worse time. With the Thanksgiving holiday coming up, Americans are far more likely to travel and, as a result, spread the virus. The CDC has actually recommended that families cancel Thanksgiving travel this year. To make that a bit easier, Zoom has lifted its 40-minute free use limit on the holiday.

Donald Trump––who is still President of the United States and has been since COVID began, in case anyone forgets––has not attended a COVID briefing in five months. He has been, instead, focused entirely on the election. Meanwhile, the United States is facing day after day of record breaking COIVD cases.

In case that doesn’t make it abundantly clear that Trump doesn’t care about COVID and who gets it––and who might die because of it––a whopping 130 Secret Service agents are either COVID positive or quarantining after Trump refused to quarantine (and took a victory lap from the hospital where he was recovering from COVID).