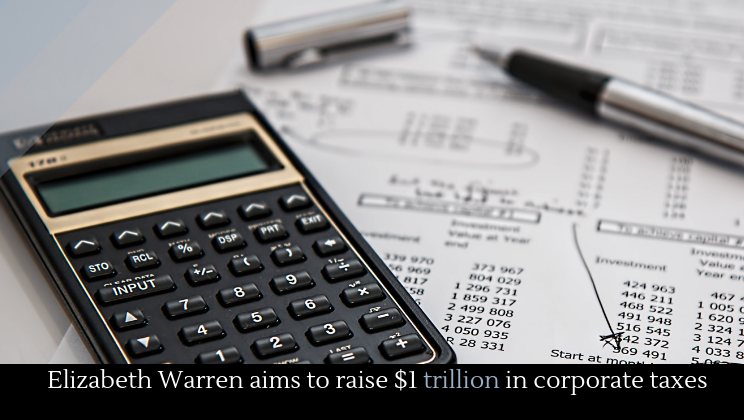 Elizabeth Warren has a proposed a 7% surtax on the country’s largest corporations. The tax would apply to companies whose worldwide profits exceed $100 million.

Warren has said the tax “ will make our biggest and most profitable corporations pay more and ensure that none of them can ever make billions and pay zero taxes again. To raise the revenue we need — and ensure every corporation pays their fair share — we need a new kind of tax that big companies can’t get around.”

Warren’s plan is in stark contrast to Trump’s far more lenient plan. At least 60 companies have reported a tax rate that is, effectively, zero––and sometimes less than zero––on their US operations.

Warren has also introduced a bill called the Corporate Executive Accountability Act, which would make it easier for to charge company executives for a company’s wrongdoing. The bill would spread liability for wrongdoing to “negligent executives” of corporations with more than $1 billion of annual revenue.

Warren penned an op-ed for the Washington Post, in which she noted that “Too often, prosecutors don’t even try to hold top executives criminally accountable. They claim it’s too hard to prove that the people at the top knew about the corporate misconduct.” She hopes that the bill will deter CEOs of acting criminally by removing these barriers to prosecution.