Elon Musk off the hook for calling a guy a pedo 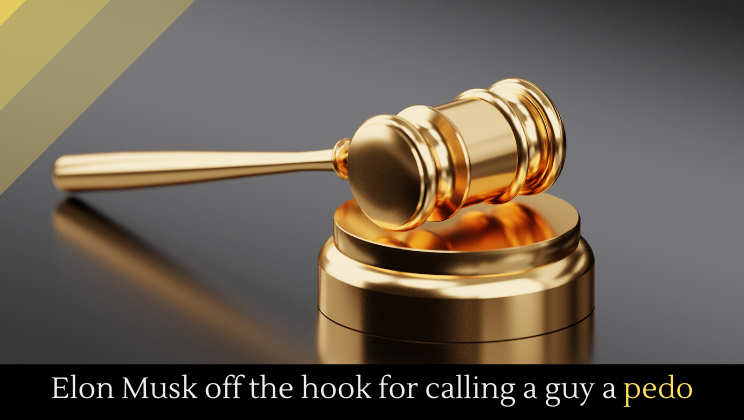 Elon Muck was found not liable for defaming the British cave explorer he called a pedophile.

During the incident, Musk dramatically sent a (useless) submarine to Thailand to save those kids trapped in a cave. When one of the cave divers who helped rescue that trapped Thai soccer team criticized Elon Musk’s tiny submarine plan, Musk fired off a tweet calling one of the him a pedophile.

Then he claimed––allegedly while on acid––that he was considering taking Tesla private. Stocks soared, then plummeted after the fallout. And then again after a disastrous Times interview. Musk once more took to twitter to call the diver a pedophile––even though the diver was already suing him.

The favorable court decision in this case is going to incentive Musk’s weird behavior. Musk has turned himself into a one-man gossip machine. The Times interview was actually a stroke of genius, nevermind the fact that Tesla stocks fell. Musk probably wanted that. He also wants rumors flying around that he’s tweeting while tripping on acid or loopy on Ambien. He wants to do dramatic things like promise to save Flint, Michigan and then just throw money at the problem (though it’s good he did that). All of that helps Musk keeps a smokescreen up, obscuring Tesla’s precarious position and limited profitability.