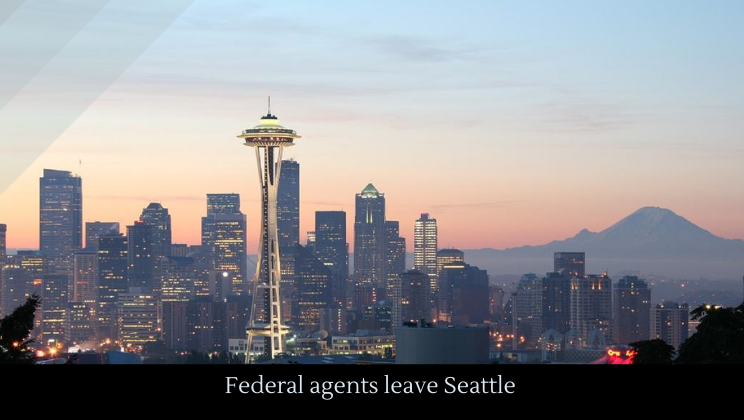 Federal agents have left Seattle after facing pressure from local and state officials, who fear increasing violence akin to what is happening in Portland.

Unsurprisingly, the presence of violent, untrained federal troops in Portland, Oregon is leading to more protests and more police brutality. Although Trump claims he wants to stop the unrest in Portland, city officials say the troops are only making things worse. One wonders if that’s what Trump wants, given the debacle at a press briefing last week, when White House Press Secretary Kayleigh McEnany played a supercut of the worst moments the recent nationwide protests, including one woman wishing death on the police. The video was such a blatant attempt to cherrypick the ugliest parts of an otherwise overwhelmingly peaceful movement that even Fox News cut away from the briefing. But the administration’s goal is clear: try to get the protestors to look bad.