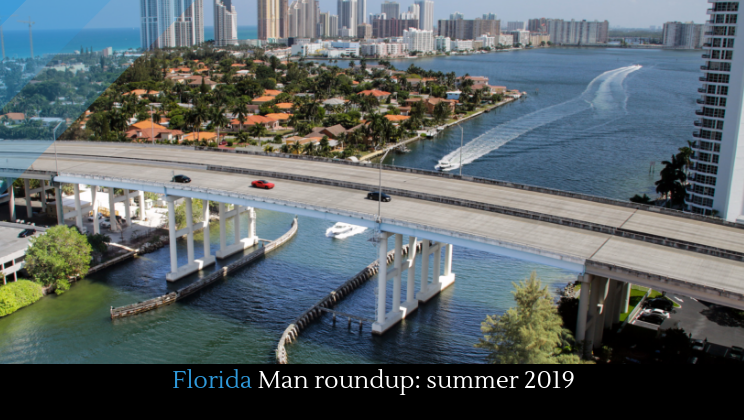 Florida man has been busy this summer, and it’s only halfway done. Here is a quick roundup of the most absurd stories from the past month or so:

Ben Wyatt may not have understood what the Lil’ Sebastian fuss was about, but Nicholas Anthony Sardo sure did. He was arrested for having sex with a miniature horse multiple times. He was spotted once, and admitted to having sex with the male horse, Jackie G, four times in a week.

This is the worst of Florida man. Rasheem Ikey Bodiford was arrested for having sex with two women and lying about the fact that he had HIV.

Stephen McGinley is about as bad as Mr. Bodiford. He told a teenage rape victim––who was seeing him for therapy––that he wanted “to make love to [her] slowly.”

Jacob Hiesel used his brother’s name to avoid getting arrested, since Jacob had warrants out for his arrest. Unfortunately, his brother also had warrants so he was arrested anyway.