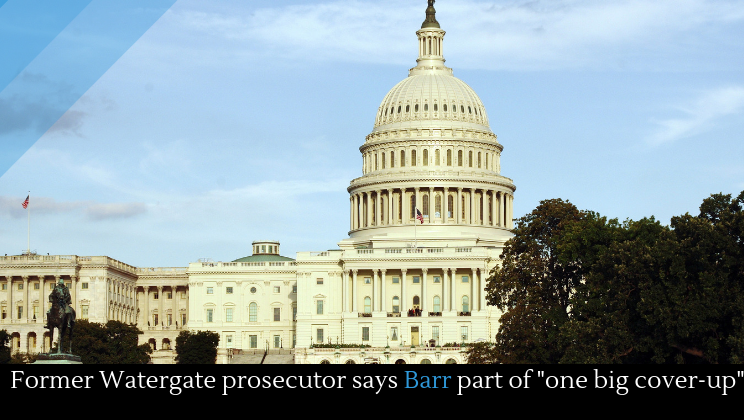 Nick Akerman, a former Watergate assistant special prosecutor and a current MSNBC legal analyst, has claimed at the Attorney General Barr is part of “one big cover-up.” Akerman believes that Barr’s claim that the FBI spied on the Trump campaign is actually misdirection. Akerman notes that Barr did not say the FBI did spy on the Trump campaign, but that he believes that it happened. “The reason that you see the White House changing course here is because Barr has told them what’s in the report,” Akerman said. “Somebody there has relayed to Trump what it is. This is all part of one big cover-up.”

Others have criticized Barr for his treatment of the Mueller report.Patrick Cotter, former federal prosecutor at the Justice Department and colleague of Barr from the 1990s, has said, “I’m not sure why Barr felt this was the appropriate way to go about handling potentially privileged information.” Cotter went on to explain that Barr had better options he could have pursued, such as setting up an independent committee to review the report for sensitive information.

Adam Schiff, chairman of the House Intelligence Committee, meanwhile, delivered an impassioned speech presenting his own evidence that Trump is guilty of collusion. Schiff’s diatribe follows House Republicans on the committee calling for Schiff to resign.