Giuliani, who ignored COVID guidelines, got special treatment unavailable to most 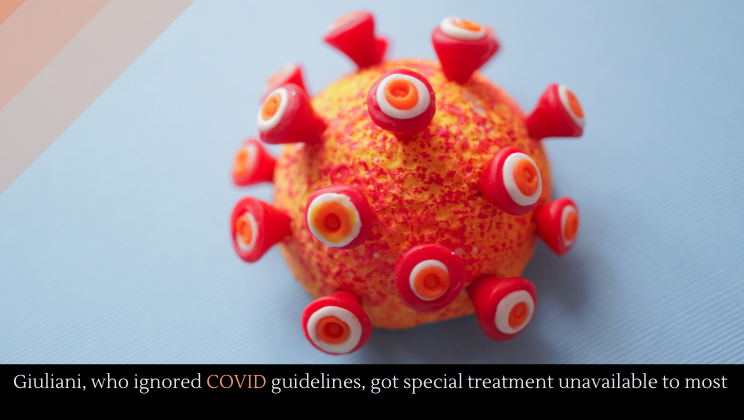 Rudy Giuliani ignored just about every COVID guideline possible. When he came down with the virus, he got special treatment that most of us couldn’t get even if we begged for it. The injustice is as staggering as it is undeniable.

You might remember that Rudy Giuliani was at the center of media spectacles about the so-called stolen election when he was diagnosed. His son, Andrew Giuliani, also got COVID.