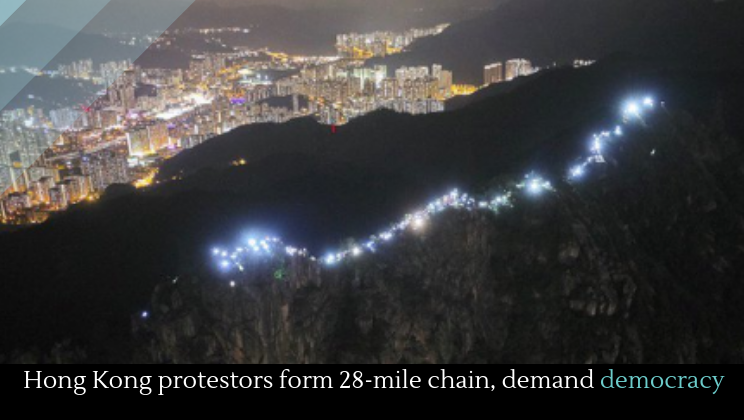 Hong Kong protestors have made their demands abundantly clear: they have formed a whopping twenty-eight mile chain, stretching all the way up Lion’s Rock, demanding democracy. For citizens of Hong Kong, Lion’s Rock represents the strength of their people.

Earlier this week, Hong Kong Legislative Council Member Lam Cheuk Ting produced video evidence of police torturing a protestor. The video shows police officers abusing an elderly man––slapping him, poking his eyes, bending his fingers back, humiliating him, and so on.

Twitter has shut down 200,000 Chinese accounts for spreading disinformation about the protests. It will also ban ads from Chinese government-backed media companies. Facebook has done nothing to stop the spread of disinformation or to ban state-backed ads.

Hong Kong’s super rich are calling for an end to protests––because, of course, the protests are hurting their bottom line. Together, the ten wealthiest tycoons have lost billions of dollars.