If you tried FaceApp, its Russian owners now own your image forever 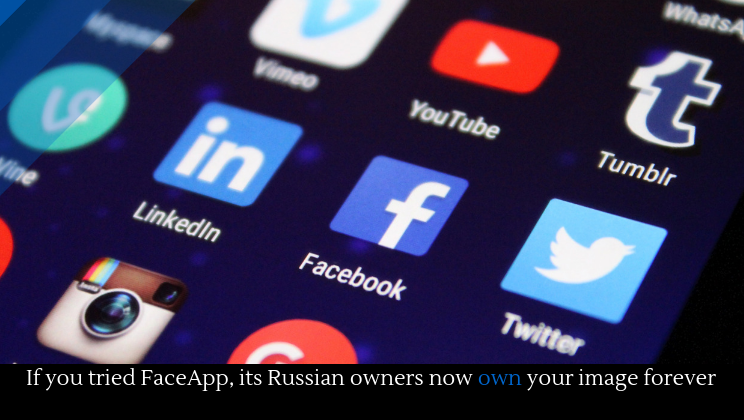 If you’ve opened literally any social media in the past few days, you’ve probably seen “FaceApp” photos. FaceApp uses artificial intelligence technology to alter the age of your face, making you look extremely young or old. It’s pretty neat to see yourself looking old, so lots of people have done it. But there’s only one problem: the moment you use the app, you sign away the rights to the image you used and any alterations the program made to it. Forever.

Why is this a big deal? Because Russians are experts at using social media to sow discord. These images can be used for anything the Russian company wants, and with “deep fake” technology, they can be altered in some scary ways.

You should be concerned about this. The same Russians that were behind the 2016 election meddling also discussed how to cause race-based unrest and violence in the years leading up the 2020 election.

Documents obtained by NBC news reveal that Yevgeny Prigozhin, an oligarch linked to the Kremlin and indicted by special counsel Robert Mueller for meddling in the 2016 election, plotted to exploit the deepening racial tensions following the election of Donald Trump. Among other things, the documents discuss a plan to send black Americans to Africa for combat training, and then returning the newly trained para-military Americans to the U.S. South where they would unite disaffected black citizens and lead an insurrection.