IV therapy: the closest thing to a hangover ‘cure’? 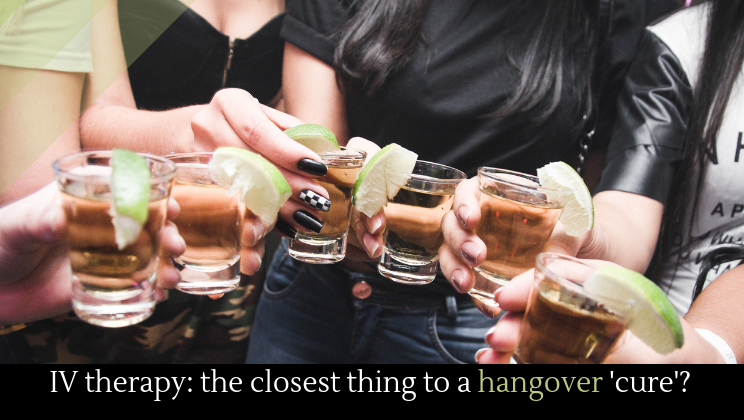 A few weeks ago, I went to a house party with a few emergency room nurses. If you don’t know any ER nurses, those cats party hard. Rarely have a seen people drink so much hard liquor in such short a time frame. I tried to keep up as best I could, and it wasn’t long before I realized that I was going to be feeling rough in the morning, so naturally I switched to water. My nurse friends, however, were still raging––but they were raging with IV bags attached to their arms. No, seriously, they gave themselves IVs.

Even though I stopped drinking before the nurses and started pounding water, I still felt terrible in the morning. My nurse friends? They were 100%. No hangover whatsoever. That’s what first made me think this IV thing might be for real.

So I did some research. Basically, a hangover is mild alcohol poisoning that causes a variety of symptoms for a variety of reasons. Put even more simply, different parts of your body react differently to the toxin. That’s why there’s no simply hangover cure––an ibuprofen can help deal with the inflammation-related symptoms, but that still leaves a host of other symptoms. Many of those are related to dehydration. As your body flushes the toxin, you lose fluids, and along with some of those fluids you lose vitamins and minerals.

Interestingly––and unsurprisingly––Las Vegas is one of the hubs of IV therapy. It’s so popular that there are a variety of Las Vegas IV services, including mobile IV clinicians who come to you! The service clearly works, since there are a plethora of IV options in Las Vegas. It’s a matter of time before IV services pop up in more cities.