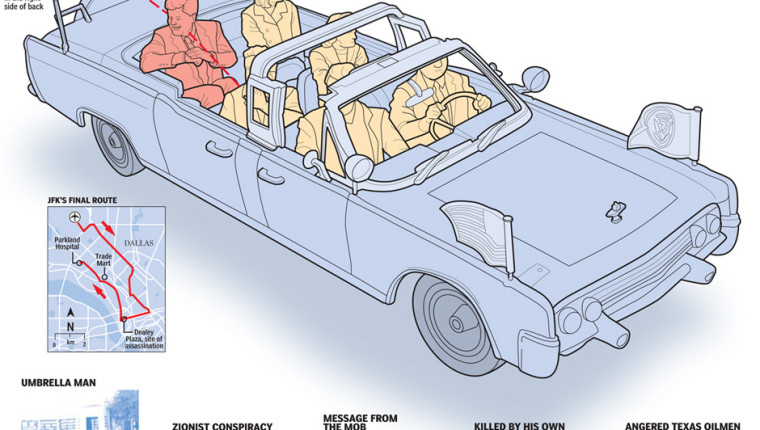 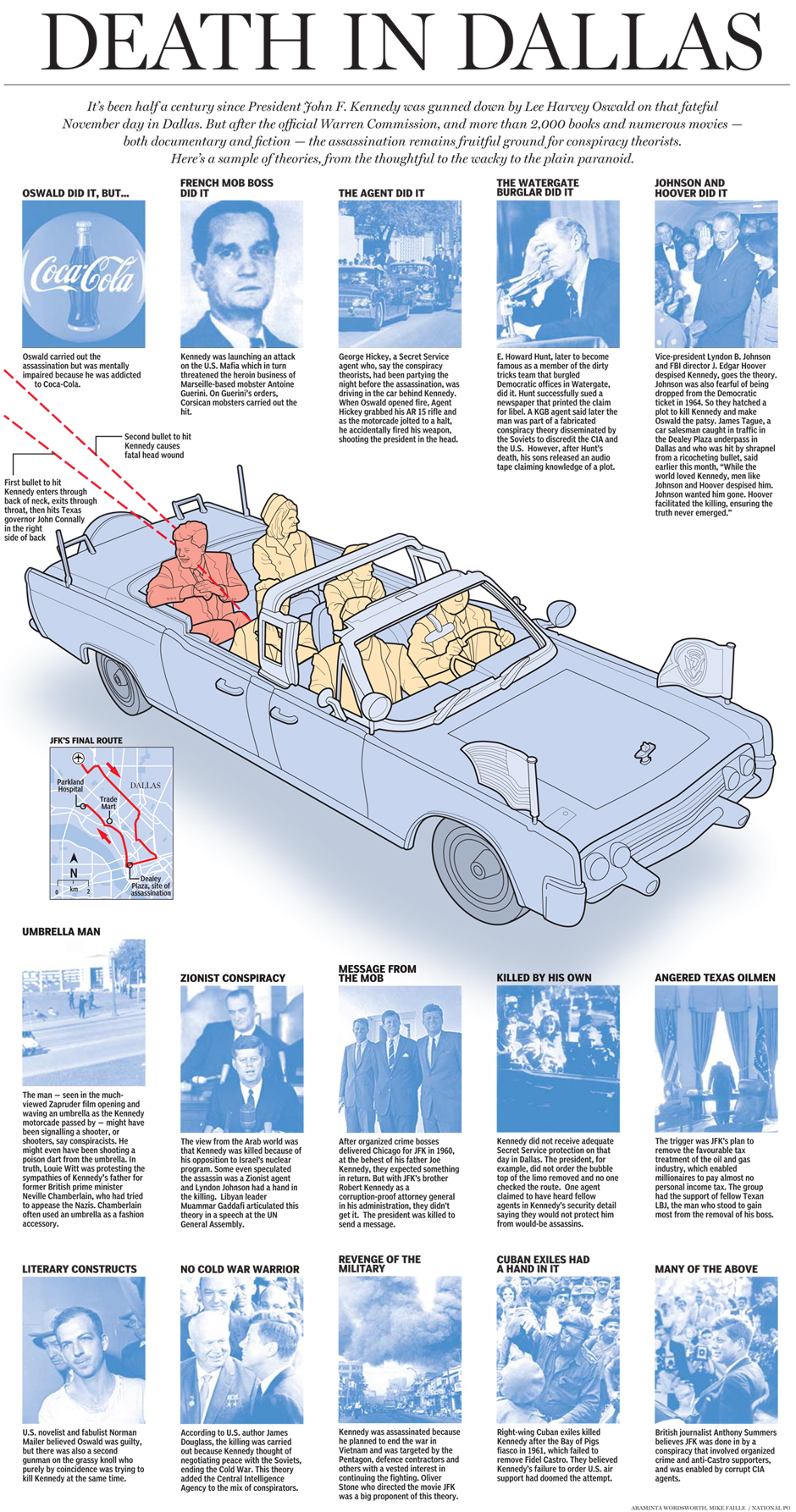 It’s been half a century since President John F. Kennedy was gunned down by Lee Harvey Oswald on that fateful November day in Dallas, but after the official Warren Commission, and more than 2,000 books and numerous movies — both documentary and fiction — the assassination remains fruitful ground for conspiracy theorists. Here’s a sample of theories, from the thoughtful to the wacky to the plain paranoid.