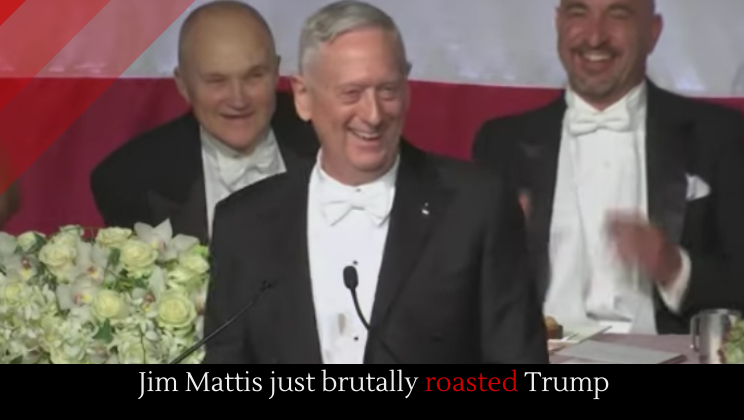 Former Defense Secretary Jim Mattis, resigned his position after Trump announced troop withdrawal from Syria. Trump didn’t take kindly to that, calling Mattis the “world’s most overrated general.” At a recent charity dinner, Mattis had an absolute field day with that–––and thre a few other zingers in to boot.

Here’s the section, thanks to the Associated Press

Mattis isn’t the only expert blasting Trump. Former Trump staff members have reported feeling “horrified” at Trump’s fawning, simpering calls with both Ukrainian President Volodymyr Zelensky and Putin. He promised the president of Peru a C-130 overnight, which proved to be a logistical nightmare––and also, why overnight? When Trump’s staff are worried about his sucking up to foreign leaders––especially Putin––we all need to be worried. It’s like seeing a flight attendant panic during heavy turbulence. When that happens, you know you’re doomed.