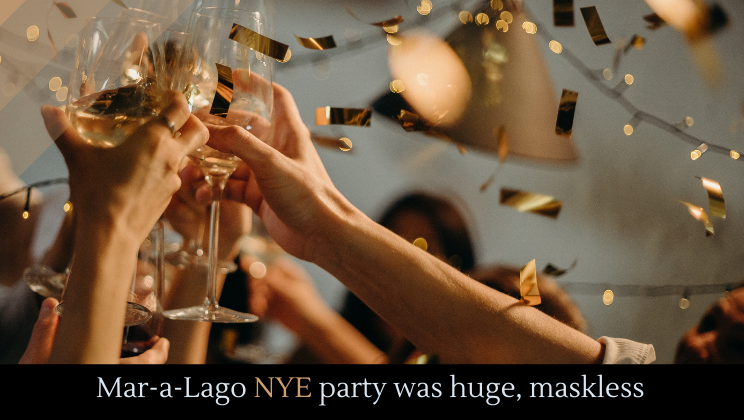 The New Year’s Eve party at Donald Trump’s Mar-a-Lago resort was packed with Trump’s family and friends (including Rudy Giuliani) to the order of 500 people––none of them wearing masks, of course.