Netflix may stop filming in Georgia over abortion ban 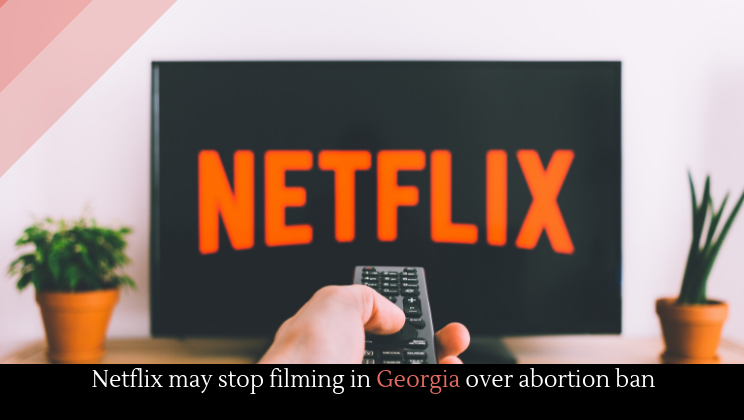 As of now, Netflix is still filming original content in Georgia, where a battle is brewing over the state’s strict new anti-abortion law. The law has not yet gone into effect, but if it does, the streaming media company said that they might cease production in the state.

Other celebrities and film companies have registered their own displeasure. Alyssa Milano, June Diane Raphael and George Takei all protested the bill before it was signed, and now that it has been signed the Killer Films CEO tweeted, that the company will “no longer consider Georgia as a viable shooting location until this ridiculous law is overturned.”

A Georgia district attorney, DeKalb County’s Sherry Boston, issued the following statement: ​”​As District Attorney with charging discretion, I will not prosecute individuals pursuant to ​[the law] given its ambiguity and constitutional concerns. As a woman and mother, I am concerned about the passage and attempted passage of laws such as this one in Georgia, Alabama, and other states.”

Another county DA, Danny Porter from Gwinnett County, issued the following statement: ​”As a matter of law (as opposed to politics) this office will not be prosecuting any women under the new law as long as I’m district attorney.”