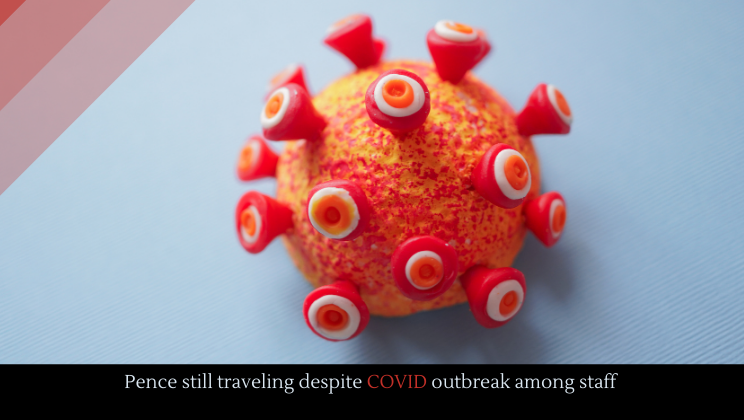 The White House’s COVID outbreak has spread to the Vice President’s office. His chief of staff, Marc Short, tested positive for the virus. Despite Pence’s exposure, he will still travel.

The number of White House COVID cases is still rising––Stephen Miller, one of the president’s senior advisors, has COVID.

Trump’s press secretary Kayleigh McEnany and two of her deputies have tested positive for COVID, as has a New York Times White House reporter, who complained that the White House is not contact tracing.