Police react with protests against brutality with still more brutality 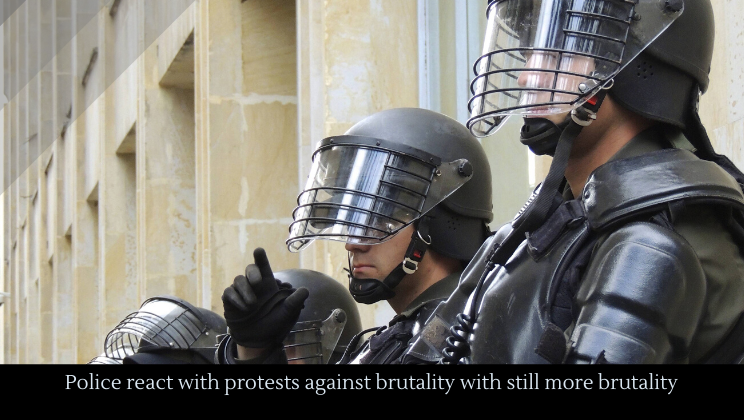