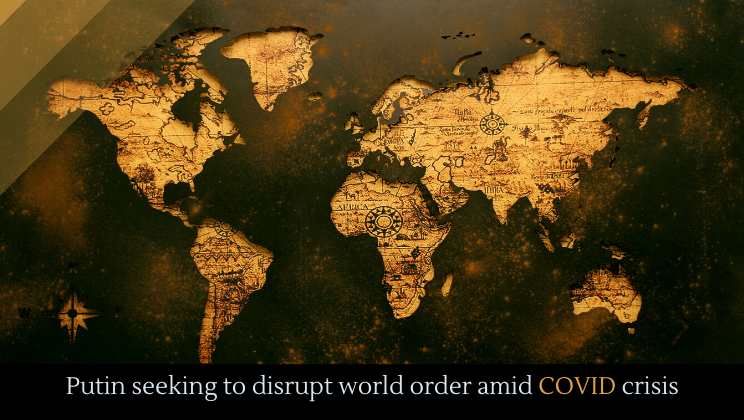 The EU has warned that Russia and China are seeking to use disinformation to create a new world order, disrupting western political and economic hegemony to empower themselves.

Russia has been making movies for quite some time, and they’ve proven themselves adept at reacting quickly to world events.

After Russian Foreign Minister Sergey Lavrov returned to Russia following a White House visit, Russian state TV ran a segment called, “Puppet Master and ‘Agent’—How to Understand Lavrov’s Meeting With Trump.” Russian state media, in other words, just called Trump an agent of the Russian government. How should we interpret that? The short answer is: definitely not at face value.

It seems pretty clear that this is an attempt to enflame the already heated tensions in America over Trump’s presidency. Russia is waging a new kind of war on United States. The first is election meddling and the second is exploiting social tensions.

A Russian firm unsuccessfully tried to hack the November 5 Ohio elections. Their failure does not mean that the U.S. elections are hack proof, of course. The United States government has done basically nothing to stop foreign entities from meddling in its elections (thanks, Moscow Mitch). As this Business Insider piece points out, it’s actually really easy to meddle in other countries’ elections, and it likely will not take the same form as 2016.

Facebook also released some alarming information: Russians are already infiltrating American social media platforms and attempting to widen preexisting social fissures. As this Business Insider piece points out, it’s actually really easy to meddle in other countries’ elections, and it likely will not take the same form as 2016.

What makes this more alarming is that this is already happening, during the Democratic primaries. In 2016, the Russians didn’t start meddling in earnest until the general elections.