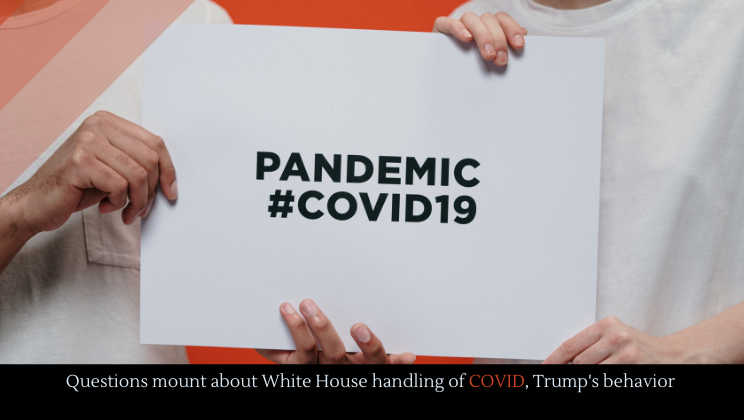 Good news: William Barr has finally decided to quarantine after being exposed to COVID along with the president and myriad others. Bad news: Mike Pence, who was at the same event, is not quarantining. This isn’t the only recent development raising eyebrows. Trump’s doctor is refusing to release Trump’s lung scan, raising concerns that the damage COVID did was much worse than the White House is letting on. And worse, there’s dissent in the Trump family. Melania wanted to quarantine, while Trump went on a joyride around the hospital, needlessly exposing Secret Service agents to COVID. Trump’s son, Don Jr., is worried about Trump’s behavior (and specifically the joyride), but his daughter and her husband Jared Kushner say he’s doing a great job. As the election looms and COVID cases mount, tensions are only going to get worse.

Trump’s press secretary Kayleigh McEnany and two of her deputies have tested positive for COVID, as has a New York Times White House reporter, who complained that the White House is not contact tracing. Even the 6.