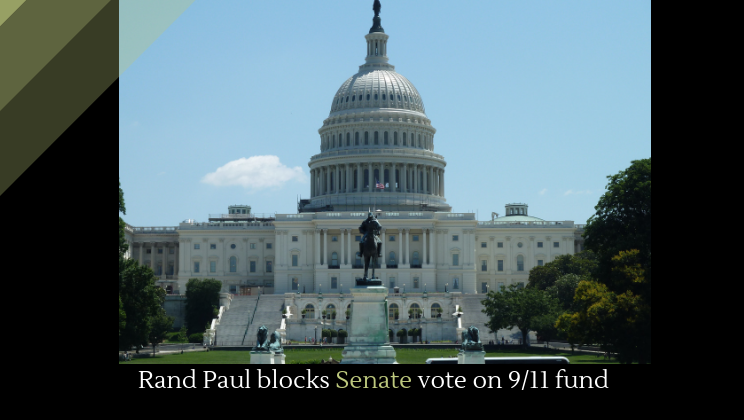 Rand Paul has blocked a Senate vote to extend funding for 9/11 first responder compensations. The House overwhelming voted in favor of approving fund two days ago.

Paul justified himself by appealing to traditional Republican budgetary values. “It has long been my feeling that we need to address our massive debt in the country,” he said. “And therefore any new spending …  should be offset by cutting spending that’s less valuable. We need to, at the very least, have this debate.”

Despite Rand’s attempts, the bill is expected to pass by August 2.

Last month, John Stewart appeared before a congressional committee to advocate for funding for 9/11 first responders. What he delivered was less a speech and more a nine-minute tirade, and it quickly went viral. After Stewart read them the riot act, the House opted to reopen the 9/11 first responder fund––permanently. The vote was 402 to 12. The funding will ensure financial support for the thousands of first responders suffering from medical conditions related to the 9/11 catastrophe.

The bill is named after several first responders, including Luis Alvarez, who died after testifying before Congress to advocate for funding. “This fund isn’t a ticket to paradise, it’s to provide our families with care,” Alvarez said. “You all said you would never forget. Well, I’m here to make sure that you don’t.”