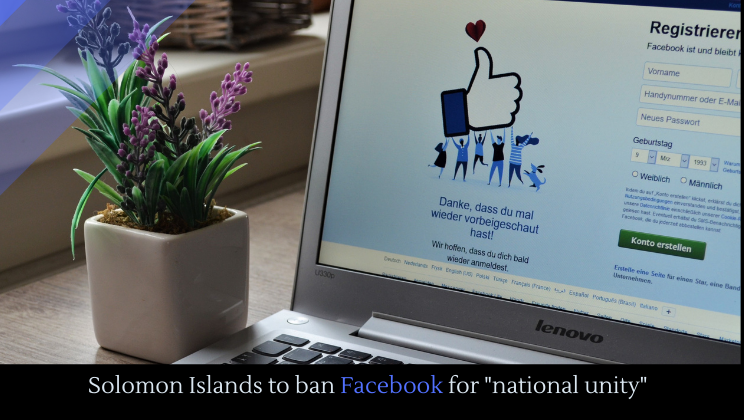 The government of Solomon Islands has announced a ban of Facebook in the name of national unity. The government is concerned with cyberbullying on the platform.