The great Chick-fil-A controversy of 2019 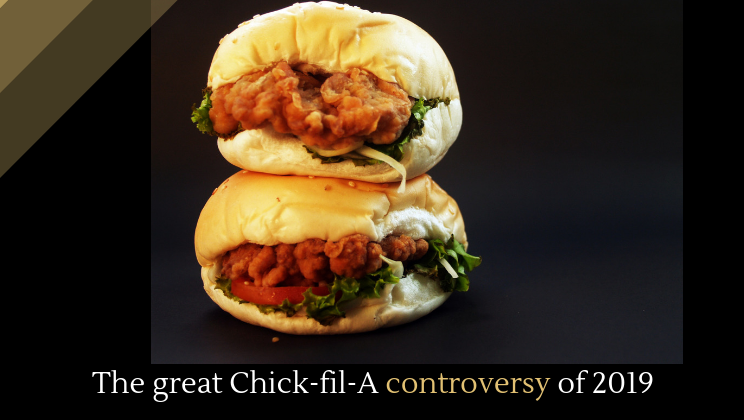 Cal Poly’s Academic Senate, which governs the California university’s faculty, voted to remove Chick-fil-A from campus by an overwhelming margin. The Senate’s statement says that Cal Poly’s “values statement includes language that identifies LGBTQ as a classification of individuals that we want to embrace in our diversity and inclusion model,” Gutierrez said. “Then you have an organization that regularly and publicly shows up in the national news in great tension with this…so if you have a mission statement that indicates that you value inclusivity and diversity, then you should be making your business decisions based on that.” The president has received the vote and will decide to act or not.

What’s the problem with Chick-fil-A? A recent report revealed that they made $1.8 million in donations to organizations that have since come under fire for their LGBTQ stances.

The students of Trinity University in San Antonio, Texas has similarly voted to remove Chick-fil-A from campus, but that resolution did not succeed in removing the fast food chain from campus. A member of the Texas House even sponsored a “Save Chick-fil-A Bill,” which was subsequently defeated after opposition from an openly gay member of the House.