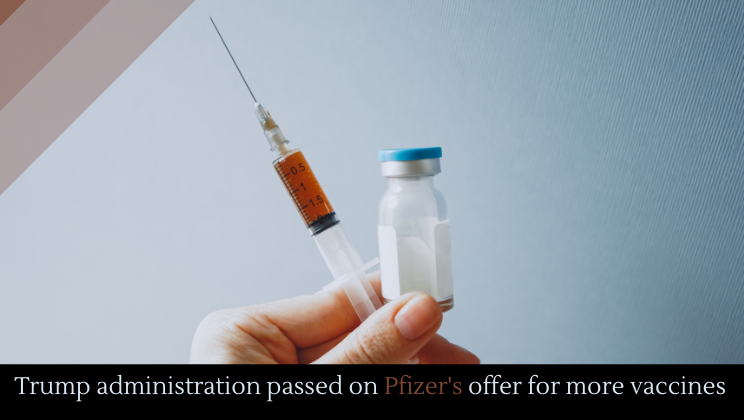 According to a New York Times report, the Trump administration only has 50 million doses of the vaccine, but it had the opportunity to buy more months ago. It’s not a huge surprise, given the administration’s utter disinterest in handling the COVID crisis.

The White House, already chock full of coronavirus cases, is hosting nearly a dozen indoor holiday parties.Donald Trump Jr. tested positive for COVID two weeks ago. In case that doesn’t make it abundantly clear that Trump doesn’t care about COVID and who gets it––and who might die because of it––a whopping 130 Secret Service agents are either COVID positive or quarantining after Trump refused to quarantine (and took a victory lap from the hospital where he was recovering from COVID). Rudy Giuliani, the center of media spectacles about the so-called stolen election, has COVID. His son, Andrew Giuliani, also has COVID.