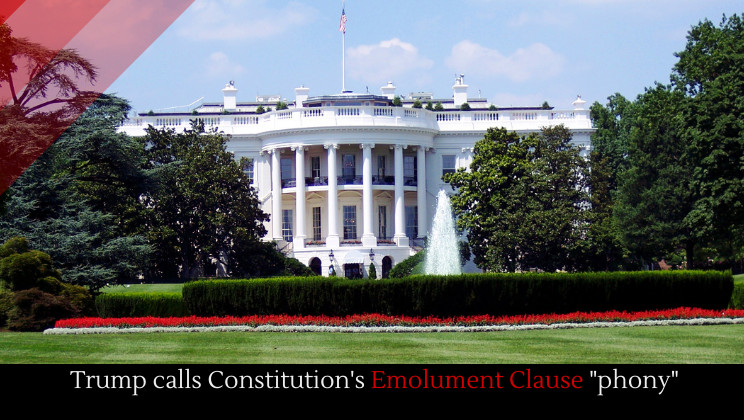 Donald Trump complained to a group of journalists about recent accusations of corruption, saying “You people with this phony Emoluments Clause.” Trump was lashing out after criticism forced him to cancel the G7 Summit, which he originally scheduled for his own resort.