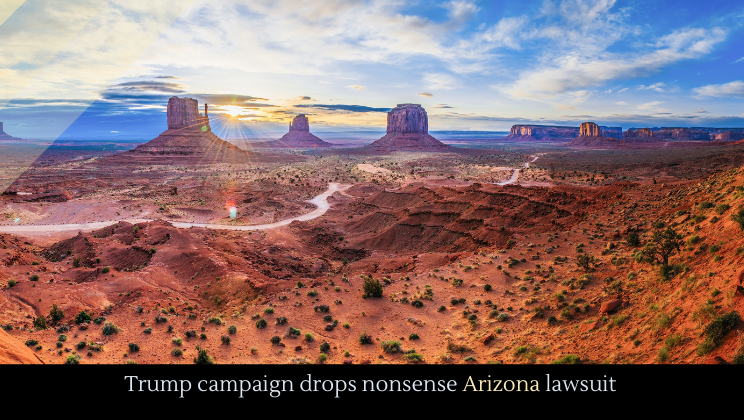 The Trump campaign has dropped its ridiculous lawsuit demanding a ballot recount in Arizona, after they realized that the margin of victory could not be overcome. This aligns with one White House aide’s claim that Donald Trump is “very aware” that he lost the election, but he is putting up a fight as a “performance” for his supporters. Maybe this is a signal that we’re in the final act of that performance.