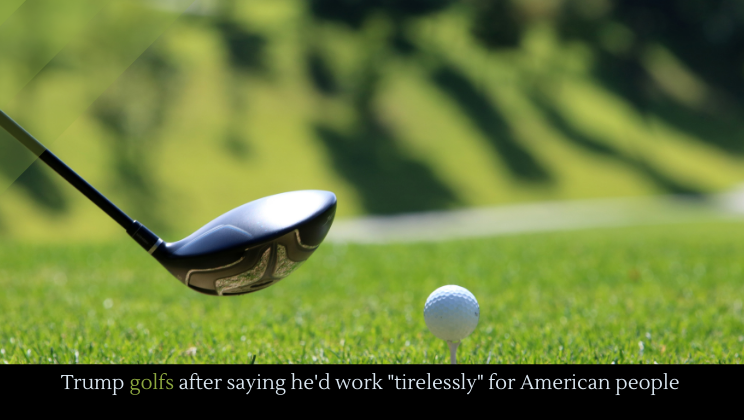 Trump told the American people that he would be working “tirelessly” for them, but instead he went golfing.

While members of the G20 were meeting to discuss how to address the COVID situation, Donald Trump went golfing.

As a reminder, here is a short list of people in the Trump administration with COVID. Andrew Giuliani had COVID had latest in a shockingly long list of White House officials to get the ‘rona.Donald Trump Jr. has tested positive for COVID. In case that doesn’t make it abundantly clear that Trump doesn’t care about COVID and who gets it––and who might die because of it––a whopping 130 Secret Service agents are either COVID positive or quarantining after Trump refused to quarantine (and took a victory lap from the hospital where he was recovering from COVID).