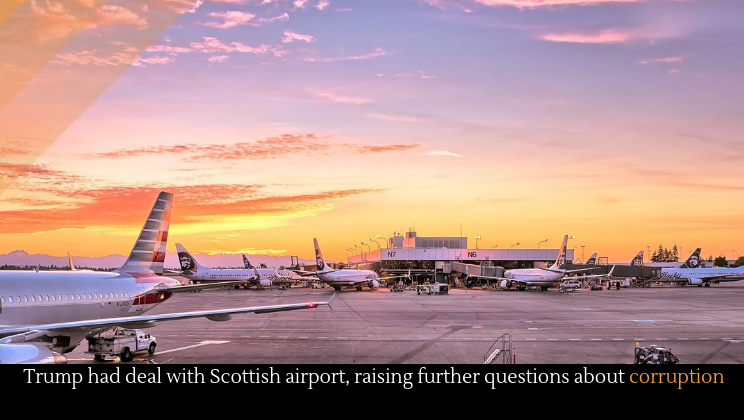 Evidence is mounting that Donald Trump is using his presidential power to benefit his businesses. In Spring of 2019, an Air National Guard crew took a routine trip from the United States to Kuwait, bringing supplies. But on this particular trip, something unusual happened: the crew stopped at a Trump resort outside Glasgow, Scotland––both ways. The House Oversight Committee is currently investigating why the Air National Guard C-17 stopped in Scotland as part of broader investigations into how government stays at Trump resorts. A recent New York Times investigation has revealed that Trump entered a partnership with an airport near his Scotland resort. That, as it turns out, is why that National Guard plane stopped at that airport.