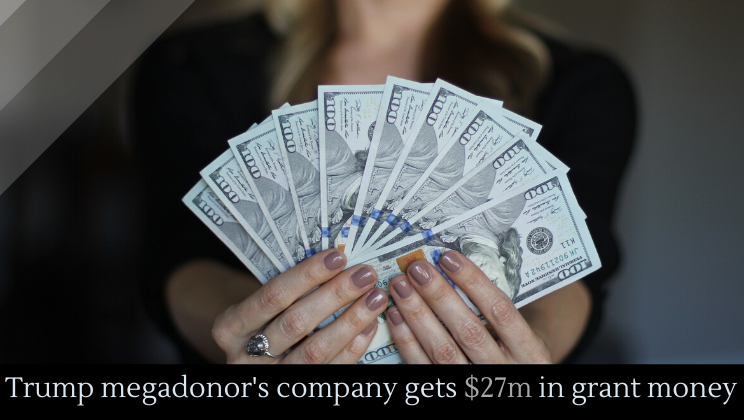 A major Republican donor and supporter of Donald Trump has received a $27 million grant for his private jet company. Because it’s a grant, it does not need to be repaid.

Ashford Hospitality Trust, a real estate investment trust, along with some of its subsidiaries, gobbled up around $30m of Paycheck Protect Program funding, making it the single largest slice of the PPP pie. Monty Bennett, the company’s founder, used that money to pay himself and his father. Bennett is also a big donor to the GOP.

Billionaire Liz Uihlein, an economic advisor to President Trump and a GOP mega-donor, has not only been telling lawmakers to end the stay-at-home orders so she can make more money but also has been asking her employees to sign a petition to recall her democratic governor. This is part of an ongoing effort by Republicans to end the lockdown.