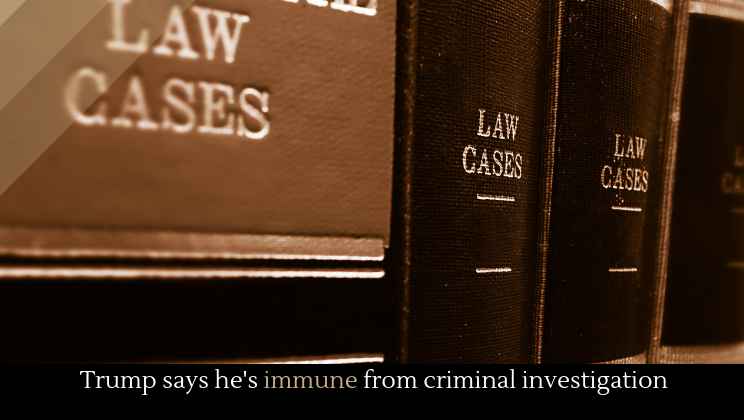 New York state prosecutors have demanded eight years worth of personal and corporate taxes from Donald Trump. But Trump’s attorneys have responded, claiming that Trump, as a sitting president, is immune from criminal investigation.

“In response to the subpoenas issued by the New York County District Attorney, we have filed a lawsuit this morning in Federal Court on behalf of the President in order to address the significant constitutional issues at stake in this case,” the attorney said in a statement.

Evidence is mounting that Donald Trump is using his presidential power not only to shield himself from wrongdoing, but also to benefit his businesses. In Spring of 2019, an Air National Guard crew took a routine trip from the United States to Kuwait, bringing supplies. But on this particular trip, something unusual happened: the crew stopped at a Trump resort outside Glasgow, Scotland––both ways. The House Oversight Committee is currently investigating why the Air National Guard C-17 stopped in Scotland as part of broader investigations into how government stays at Trump resorts. A recent New York Times investigation has revealed that Trump entered a partnership with an airport near his Scotland resort. That, as it turns out, is why that National Guard plane stopped at that airport.