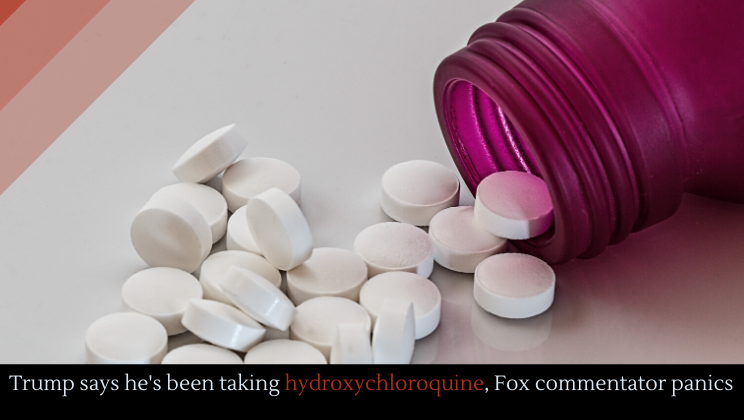 President Trump said that he has been taking hydroxychloroquine as a preventative measure against COVID. A Fox News commentator basically panicked when he heard that, warning viewers not to try that, saying:

“It was a test on patients there, and those who took it in a vulnerable population, including those with respiratory or other conditions, they died,” Cavuto said. “I want to stress again: They died. If you are in a risky population here, and you are taking this as a preventative treatment to ward off the virus or in a worst case scenario you are dealing with the virus, and you are in this vulnerable population, it will kill you. I cannot stress enough: This will kill you.”

Although Donald Trump is proudly touting his COVID response and claiming that the number of cases have fallen, his critics aren’t so kind. In fact, some have set up a “Trump Death Clock” which keeps track of how many people have died due to Trump’s mishandling of the Trump crisis. Ironically, if he really is taking this drug, he may appear on that clock himself.

Even the White House itself is not so sure about Trump’s handling of the crisis. A leaked White House report shows that cases are spiking. Rural areas in particularly are suffering––ironically the root of his support––and seeing spikes in infection rates as much as 1000%.