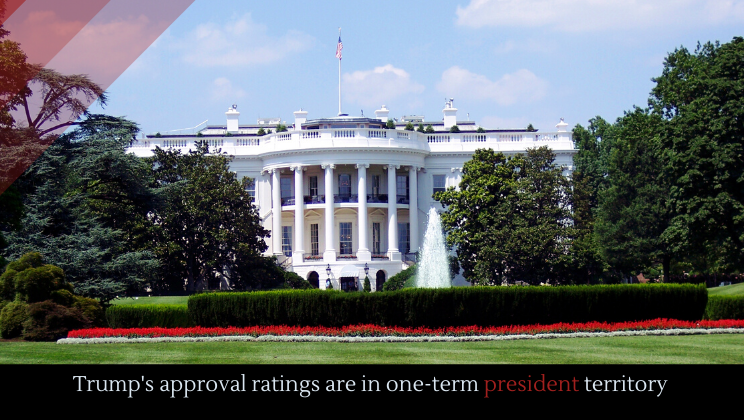 New polls show that Donald Trump’s approval rating is plummeting. Some 67% of Americans disapprove of Trump’s COVID response. Interestingly, Trump’s support among Republicans is dropping––78% of Republicans approve of his COVID handling, down from 90% a month ago. Trump’s base, white Americans without a college degree, are split: 50% disapprove and 49% approve. Americans are also deeply skeptical of Trump’s handling of race relations: 78% of Republicans approve, but a whopping 91% of Democrats disapprove. Among Independents, 74% disapprove. Finally, 59% of Americans think the push to open the economy is moving to0 quickly.

In 500 counties with spiking COVID numbers, Trump’s approval rating is dropping. As COVID sweeps around the nation in the much-anticipated second surge, Trump’s numbers are going to plummet.