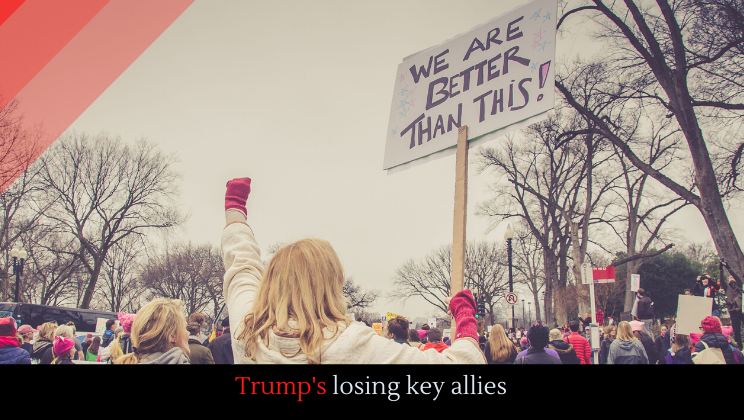 When Trump took a stand against taking a knee (as it were), he had to important allies: NASCAR and the NFL. Now, he’s lost them both. This is a bad sign for Trump, he’s watching his approval ratings slip and other key allies flee.

Trump’s disapproval rating is 57%. Trump is not happy about that. He sent a cease and desist letter to CNN, demanding they retract the poll because he “felt” they were fake. You can’t make this stuff up, folks.