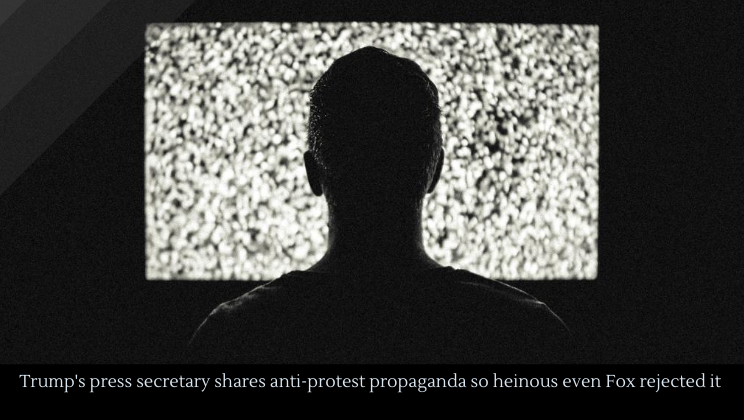 White House Press Secretary Kayleigh McEnany played a supercut of the worst moments the recent nationwide protests, including one woman wishing death on the police. The video was such a blatant attempt to cherrypick the ugliest parts of an otherwise overwhelmingly peaceful movement that even Fox News cut away from the briefing:

This is a White House press briefing. pic.twitter.com/bbzQKEX6MD

The propaganda piece is part of Trump’s latest push to label himself the “law and order” candidate. He has also said that he is willing to send as many as 75,000 federal agents to cities to quash “violent crime,” which appears to be code for protestors. This could be catastrophic for our civil rights, since an attorney arrested by the federal police in Oregon, said police did not read her her rights, constituting a major civil rights violation. Federal police are already now in Seattle, enraging the city’s mayor.