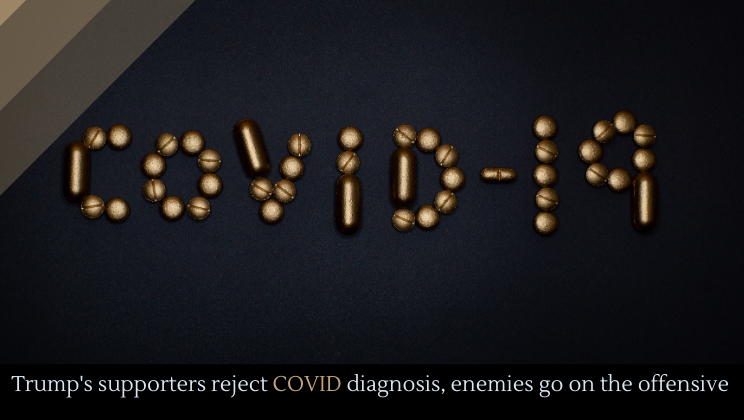 Trump’s base is standing by him during his COVID trial, and they’re doing so in the most stereotypical way: denying there is a pandemic at all. “If he’s sick, then they planted it when they tested him. It’s what they did to me when I went to hospital for my heart beating too fast. Two weeks later I got a cold,” one supporter said. “It’s political. I don’t trust the US government at all. Who are they to mandate personal safety? I listen to Trump.”

His enemies, mean while, are turning up the heat. Although the Biden campaign took down attack ads, the Lincoln Project is going on the offensive.