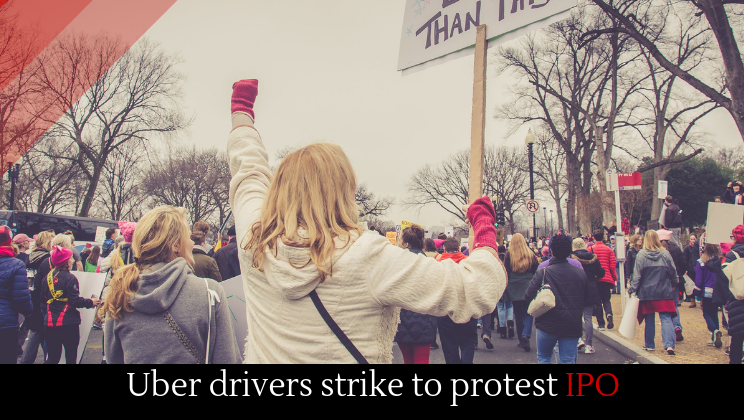 Uber drivers in 20 cities turned off their phones on May 8 in protest of the company’s massive $80-$90m IPO. Some cities, like New York, only shut their phones off for a few hours––between 7am and 9am, the morning rush. Other cities, like Los Angeles, vowed a 24-hour strike. Drivers around the world have the same complaints: massive expenses from gas an insurance and dwindling share of profits as companies take ever-increasing cuts.

The drivers have good reason to be frustrated. Their median pay (after gas and other expenses) is as little as $8.55 per hour, well below minimum wage in many cities. Some drivers even lose money. As part of their protests, Uber drivers are demanding: living wage pay, transparency in the company’s decision-making process, benefits, and a say in company decisions.

The strike should come as no surprise. Earlier this month, Uber and Lyft drivers claimed that companies are starting to charge rider for surge pricing, but drivers themselves are not getting paid more. Data reveal that participating in the gig economy is far from efficient or lucrative, but many participate anyway, either out of ignorance or out of desperation. Many surrender their rights as workers by signing on as an independent contractor, which the New York Times has pointed out makes side hustles a tax nightmare. And now, drivers aren’t even getting what they were promised.

Ultimately, protests like these will likely be ineffective. Uber is trying (and failing) to build self-driving cars, which will ultimately make drivers obsolete. If it succeeds, the it won’t need drivers at all, of course. And until then, it can afford to lose frustrated drivers since there’s a massive pool of poor people who need to earn a quick buck.