US to require face masks on public transit through Sept. 13 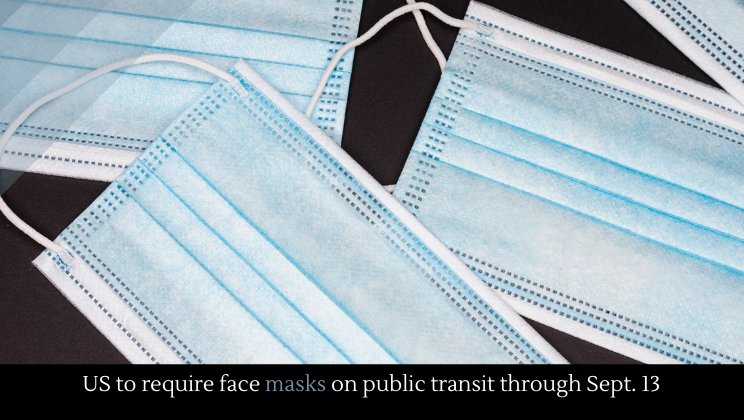 The United States Transportation Security Administration have extended their requirement to wear masks on public transit until September 13.

Meanwhile, the CDC has relaxed its masking guidelines for vaccinated Americans. It no longer recommends that vaccinated Americans wear masks outside while walking, running, or doing other kinds of exercise. They should still wear them in crowds, however.

The rate of COVID vaccines has sat at a whopping 3 million shots per day for two weeks straight, and now about 40% of Americans have received at least one shot.