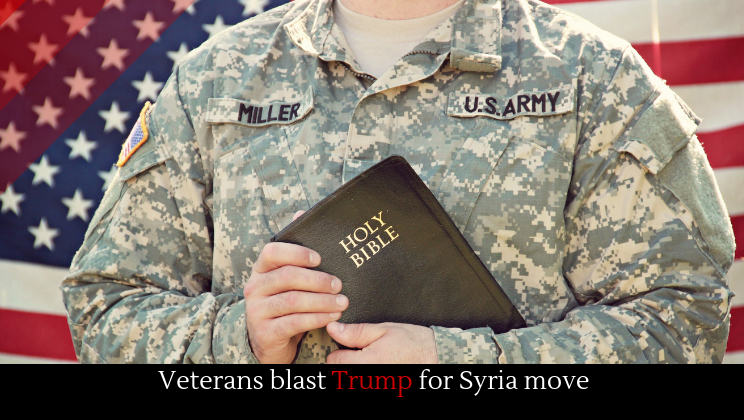 You know the commander in chief is doing a terrible job when veterans condemn his military policies. Trump’s latest decision to abandon the Kurds to their fates has drawn such condemnations. It’s time that Trump be removed as commander in chief, if only because he’s not doing his job.