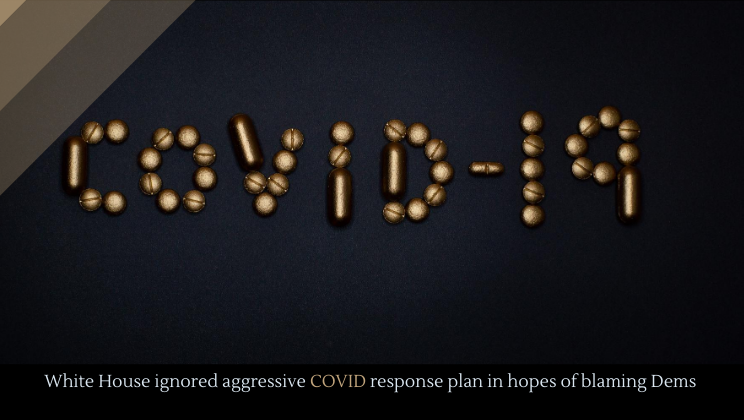 According to a recent investigation by Vanity Fair, the Jared Kushner-led White House task force for a COVID response correctly identified the need for testing and contact-tracing, but the plan they came up with was ultimately abandoned in order to sabotage the Democratic Party. “The political folks believed that because it was going to be relegated to Democratic states, that they could blame those governors, and that would be an effective political strategy,” according to an expert in regular contact with Kushner’s coronavirus task force.

Amazingly, Donald Trump is blaming his––and his administration’s––low approval ratings on this: “nobody likes me.” He takes no responsibility for his administration––and his own personal––bungling of the COVID crisis, and now that the election is near he is starting to panic.

It’s 100 days until the presidential election in November, and the nation’s mood is bleak. A whopping 80% of Americans think the country is heading in the wrong direction, and Americans’ sense of the economy and Trump’s job performance is correspondingly low. The nation’s low morale is evident in Trump’s poll numbers, which are not good at all. In fact, he’s currently trailing Biden in Florida. No Republican has won the presidency without that state in nearly a century.  New polls show that Donald Trump’s approval rating is plummeting. Some 67% of Americans disapprove of Trump’s COVID response. Interestingly, Trump’s support among Republicans is dropping––78% of Republicans approve of his COVID handling, down from 90% a month ago.