White House leaned on NOAA to cover up Trump’s ignorance 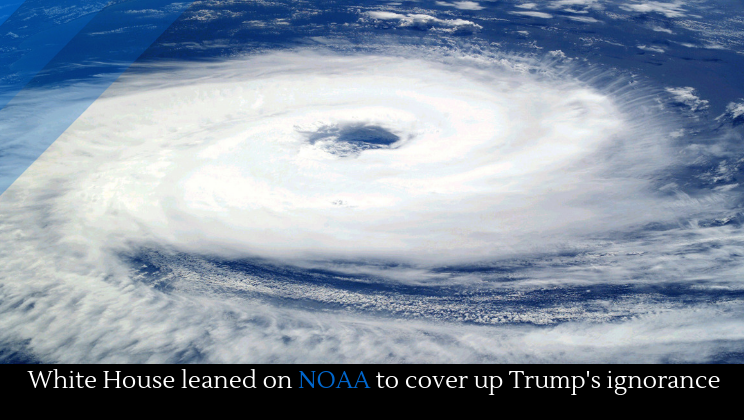 As Hurricane Dorian threatened a huge swath of the Atlantic seaboard, and as news reports covered in agonizing detail the exact places that might be hit by the hurricane, Donald Trump insisted that Alabama was at risk of being hit by the hurricane. It wasn’t, and the Alabama National Weather Service corrected him. White House chief of staff Mick Mulvaney then ordered Commerce Secretary Wilbur Ross to lean on NOAA to cover for Trump. If that sounds like corruption to you, you’re not far off.

Evidence is also mounting that Donald Trump is using his presidential power to benefit his businesses. In Spring of 2019, an Air National Guard crew took a routine trip from the United States to Kuwait, bringing supplies. But on this particular trip, something unusual happened: the crew stopped at a Trump resort outside Glasgow, Scotland––both ways. The House Oversight Committee is currently investigating why the Air National Guard C-17 stopped in Scotland as part of broader investigations into how government stays at Trump resorts. A recent New York Times investigation has revealed that Trump entered a partnership with an airport near his Scotland resort. That, as it turns out, is why that National Guard plane stopped at that airport.